Hello everyone! Good news! Our online shops are finally restocked and ready for you! All 6 Retroviral mug designs are available on Folksy and Etsy.

The last few months have been very busy post-Kickstarter. Back in May we received our biggest order of mugs to date, and we have been packing orders steadily since then. All of our Kickstarter pledges are on track to be dispatched by the end of this month, so we thought it was high time to reopen the online shops!

You can order mugs via Etsy or Folksy, whichever is most convenient for you. Thank you for all of your orders and support so far. Please keep spreading the word… like a virus!

It’s midnight in London and our Retroviral Kickstarter campaign has just ended. What an incredible ride this has been! Thank you SO much to our backers for supporting the project and making Retroviral happen! For a small business like Thefty, this is a game changer.

Our campaign was supported by 136 backers, who pledged £5,517 in total, which is 275% of our target amount. A rough tally of the pledges adds up to almost 500 mugs ordered in under 4 weeks. AMAZING.

Once again, an enormous thank you to our backers who made this happen! It’s all very exciting.

Did you know that 5 pence from every Retroviral mug sale is donated towards research at The London School of Hygiene and Tropical Medicine (aka the LSHTM)?

The LSHTM is a world leader in developing vaccines and treatments, with the mission of improving global health. It is wonderful to be contributing towards this mission. The director of LSHTM, Peter Piot, was a key figure in responding to the recent Ebola Virus crisis, and so it was a natural fit for our charity donations to be given to the school; our Retroviral mugs are covered in images of viruses, so it makes sense for them to be linked to an institution which is battling the effects of these diseases.

Until yesterday, I had never visited the LSHTM campus! I was kindly invited to visit the school grounds, meet the team, and hear more about the school’s work and (super-interesting) history. LSHTM is housed in a beautiful 1920s building in London’s Bloomsbury. It has many of the original Art Deco features (including a droolworthy library), plus lots of Science-inspired artwork and historical artefacts (for example, John Snow’s replica pump handle… and no, not that John Snow). 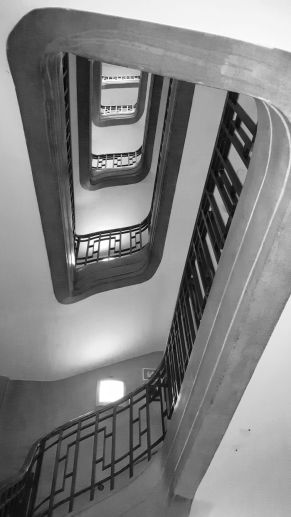 Interesting fact: The original LSHTM campus was located near London’s Docklands, because sailors returning from far-flung locations would bring back unfamiliar illnesses  – hence “Tropical Medicine” – that needed urgent attention! The corridors of the new campus have curved, wooden elements which are reminiscent of the hulls of ships, or ocean waves. A nice detail. Thanks for having me, LSHTM!

Retroviral is a collection of Fine Bone China mugs for design nerds and science geeks alike. The eyecatching designs riff off unexpected biological motifs: the microscopic structure of virus particles. The collection includes six designs: Measles, Influenza, Smallpox, Rabies, Herpes and HIV. Retroviral is an artist’s spin on scientific information, and exists at the meeting point between design and science communication.

Retroviral is live on Kickstarter until April 3rd. The more pledges we receive, the more mugs we will be able to make… and the more we can then donate to the London School of Hygiene and Tropical Medicine.

If you miss the Kickstarter deadline, fear not! The mugs will be available for online pre-order on Etsy and Folksy. Thank you! 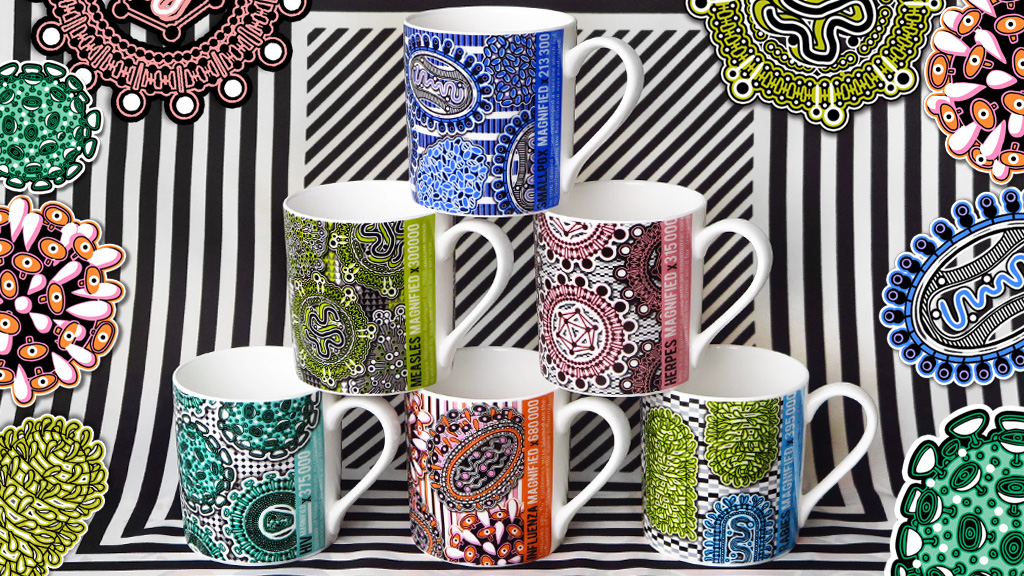 Our Kickstarter campaign is live NOW! See it HERE!

We’ve been working with a new manufacturer to perfect six mug designs, three new (see GIFs below): Influenza, Measles, Smallpox, and three old: Herpes, HIV, Rabies.  Now it’s time to get them manufactured and into our customers’ homes.

On Kickstarter, backers can pre-order the mugs before we get them manufactured, thus covering production costs in advance.  If you want to complete or expand your collection then please jump in! You’ve got until April 3rd to get involved in the campaign.
The more you pledge, the more mugs you get.  The more pledges we get, the more mugs we can make! It doesn’t stop when we reach the funding goal!

What to do next?

Check back here for updates on the Retroviral relaunch. Thank you very much for your support so far!

Helena Maratheftis, the designer behind Thefty, was recently interviewed on the Very Loose Women radio show. The episode was about ‘The Beauty of Herpes‘ and, as you can imagine, Helena had a lot to say on the subject! Listen to the podcast version here.

Thank you very much, VLW!

Last December we were contacted by EBSA – the European Biosafety Association – about creating a custom design to celebrate their 20th anniversary. EBSA is a non-profit organisation whose aim is to ‘provide a forum for its members to discuss and debate issues of concern and to represent those working in the field of biosafety and associated activities.’ Now, collaborations are always a delight, but given the subject matter we work with, it’s particularly wonderful to team up with organisations in the scientific community.

We worked with EBSA to produce something in their corporate colours… but absolutely not bland and corporate looking! The custom Fine Bone China mug was given to all attendees of the 20th anniversary conference, held in Lille, France, last week. More than 500 Thefty X EBSA mugs will soon be worming their way into labs and offices across Europe and beyond!

Alternatively, if you’d like to get your hands on our mug range, please visit our online shop.

If you are interested in reading more about EBSA and their mission, you can visit their website.

Last year, Thefty was commissioned to design a range of greeting cards for Roger la Borde, the wonderful London-based publisher and producer of luxurious, eclectic stationery products. It was such fun working with them!

The Thefty card collection includes five typographical designs, with lettering drawn by hand and digitally rendered and coloured. The cards look fantastic in print – Roger la Borde printed them on uncoated, antique wove board, with glossy raised sections produced by specialty thermographic printing. You can see the range on the Roger la Borde Website, and you can now buy the cards from our online stores, either on Etsy or Folksy. Our Folksy online store is still alive and well, and will certainly not be closing down! We simply wanted to give you more options for shopping online. 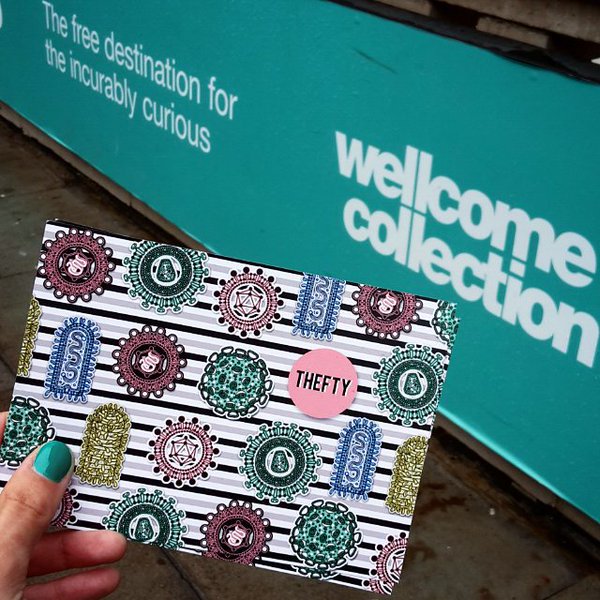 The Wellcome Collection is one of our favourite places in London: describing itself as ‘the free destination for the incurably curious‘, the collection displays an eclectic mix of medical artifacts and original artworks exploring ‘ideas about the connections between medicine, life and art‘.

In other words, the Wellcome Collection is the perfect place for our mugs to be.

The next time you drop by (perhaps to catch the States of Mind installation) make sure to pop into the gift shop – Retroviral mugs aside, it’s highly unlikely that you’ll leave empty handed. 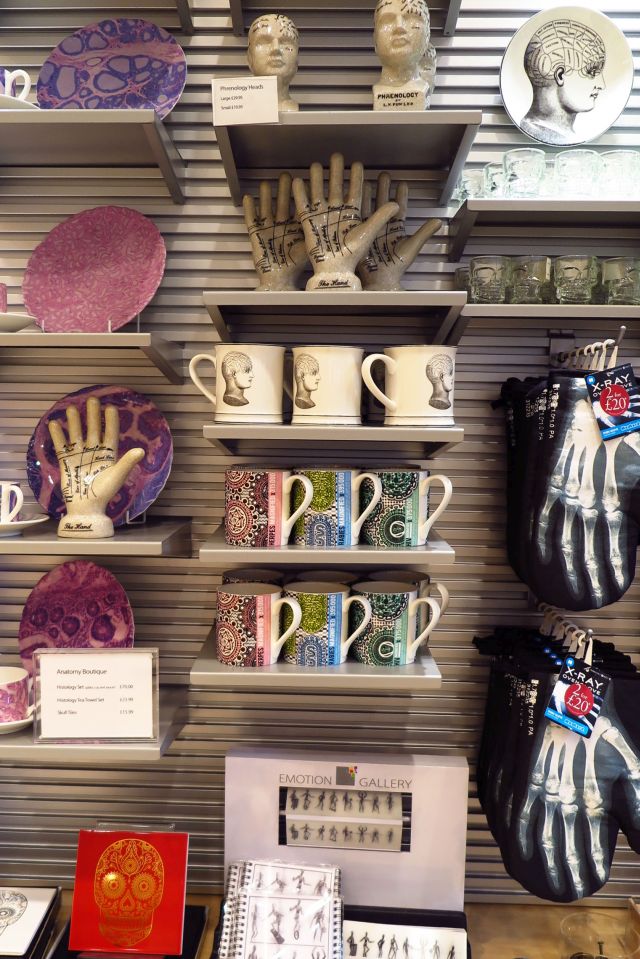 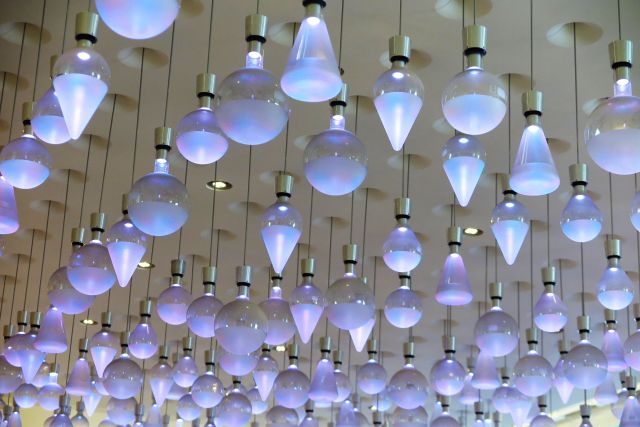 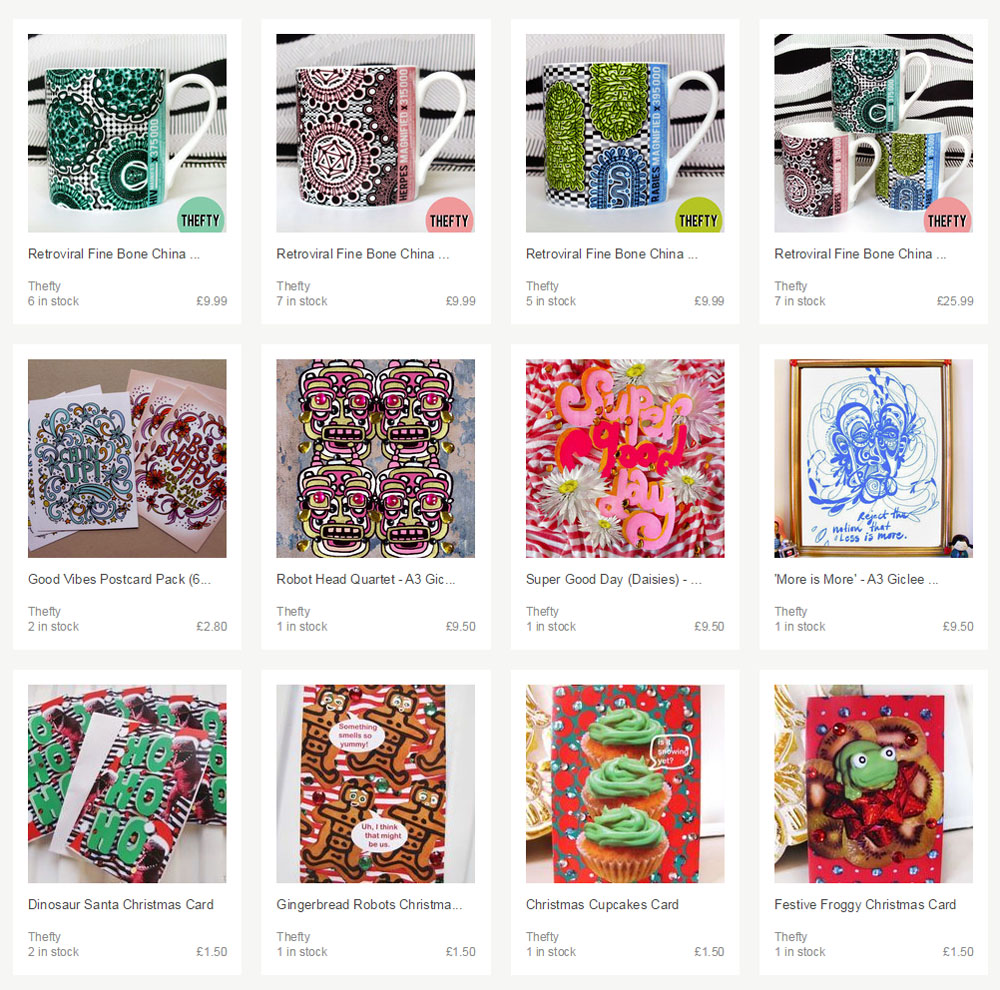 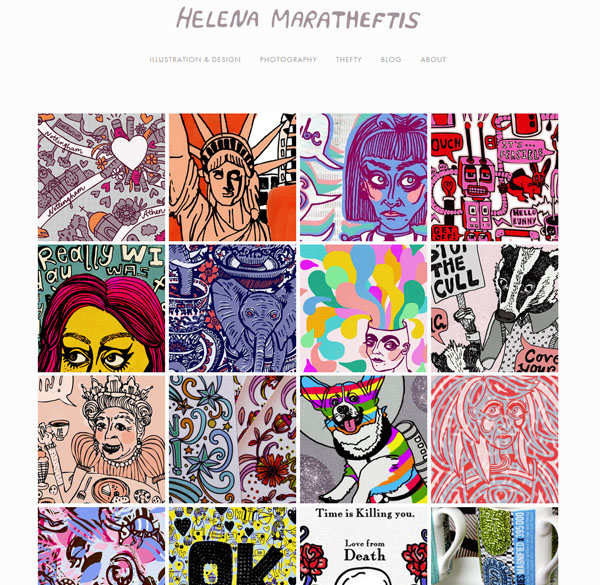 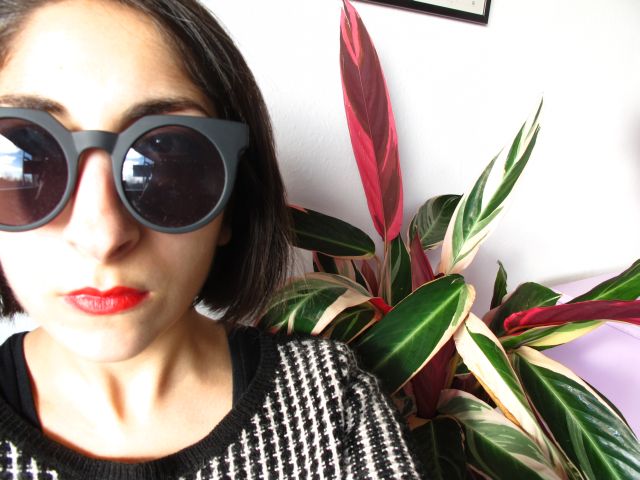 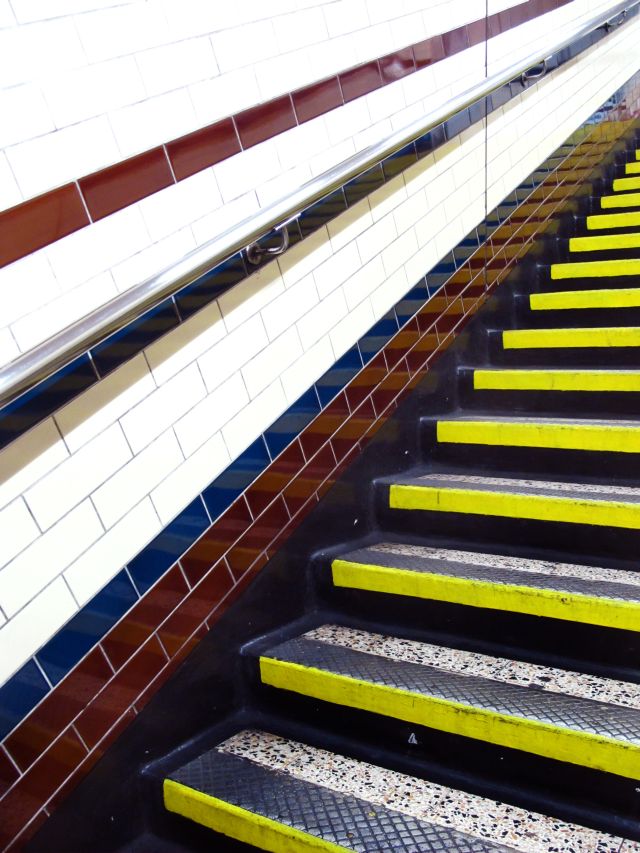 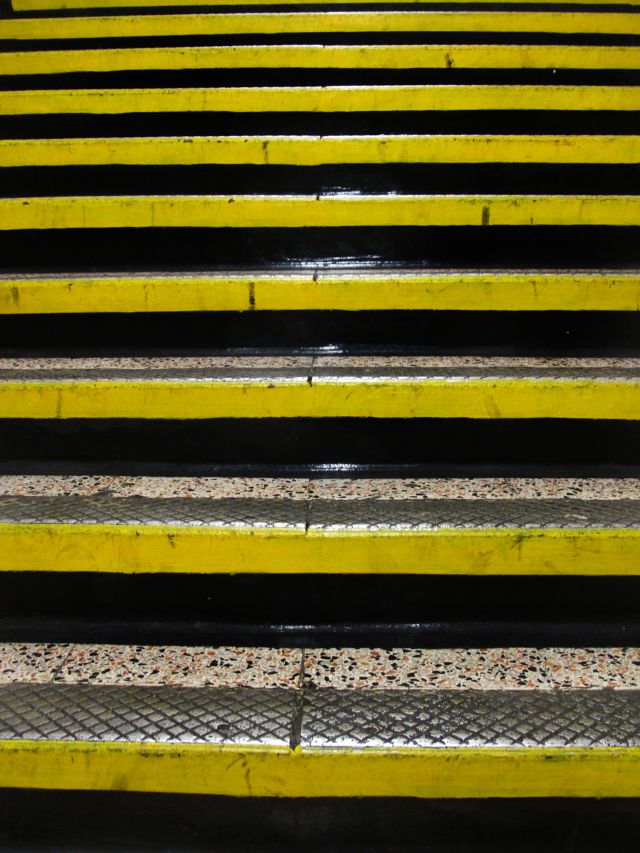 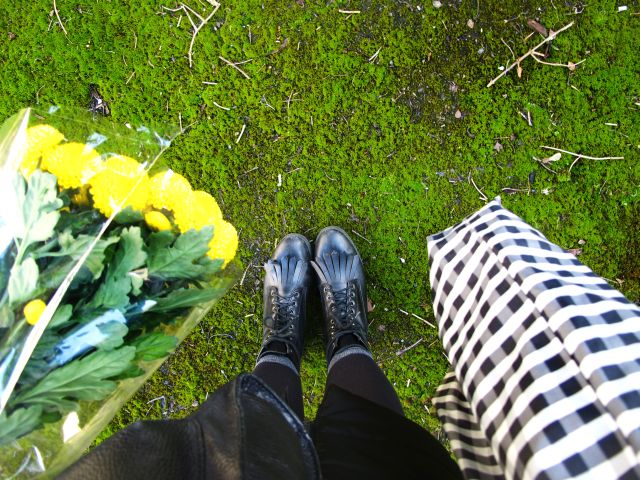